We commissioned our new facility for stone processing in the autumn of 2014. We use our stone-processing facility to manufacture soapstone stoves made of Graubünden stone, as well as numerous other products made of Vals stone and granite. The facility offers plenty of space for our full range of modern machinery.

Owing to the moisture development associated with the operation of stonecutting machines, the building’s foundation was made of reinforced concrete. In contrast, the walls and roof were made of local spruce, while cellulose fibre was used to insulate the building. The load-bearing construction consists of traditional, slender timber posts and beams with nailed joints. The photovoltaic panels on the roof supply nearly five times the electricity that is necessary to operate the stonecutting machines. 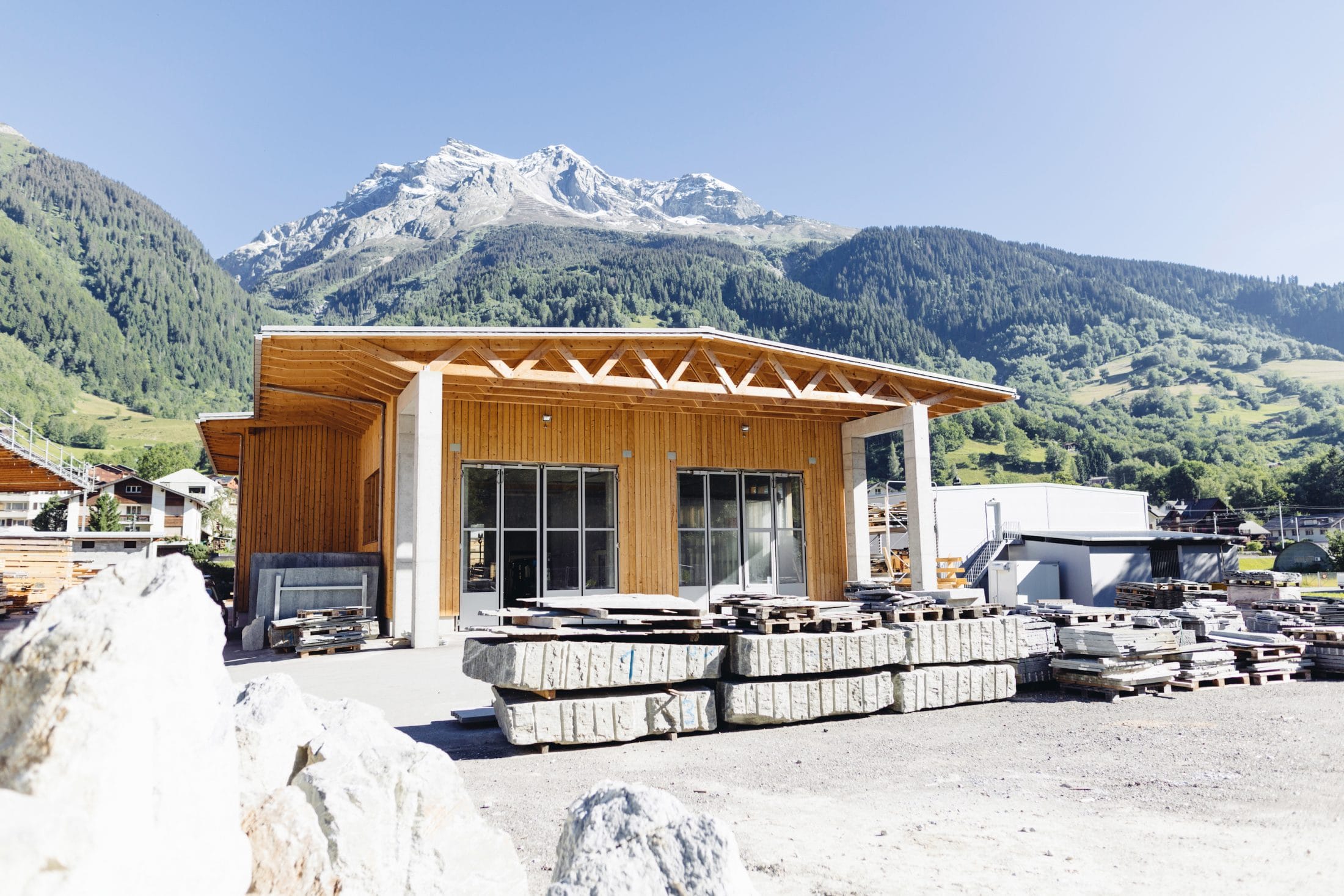 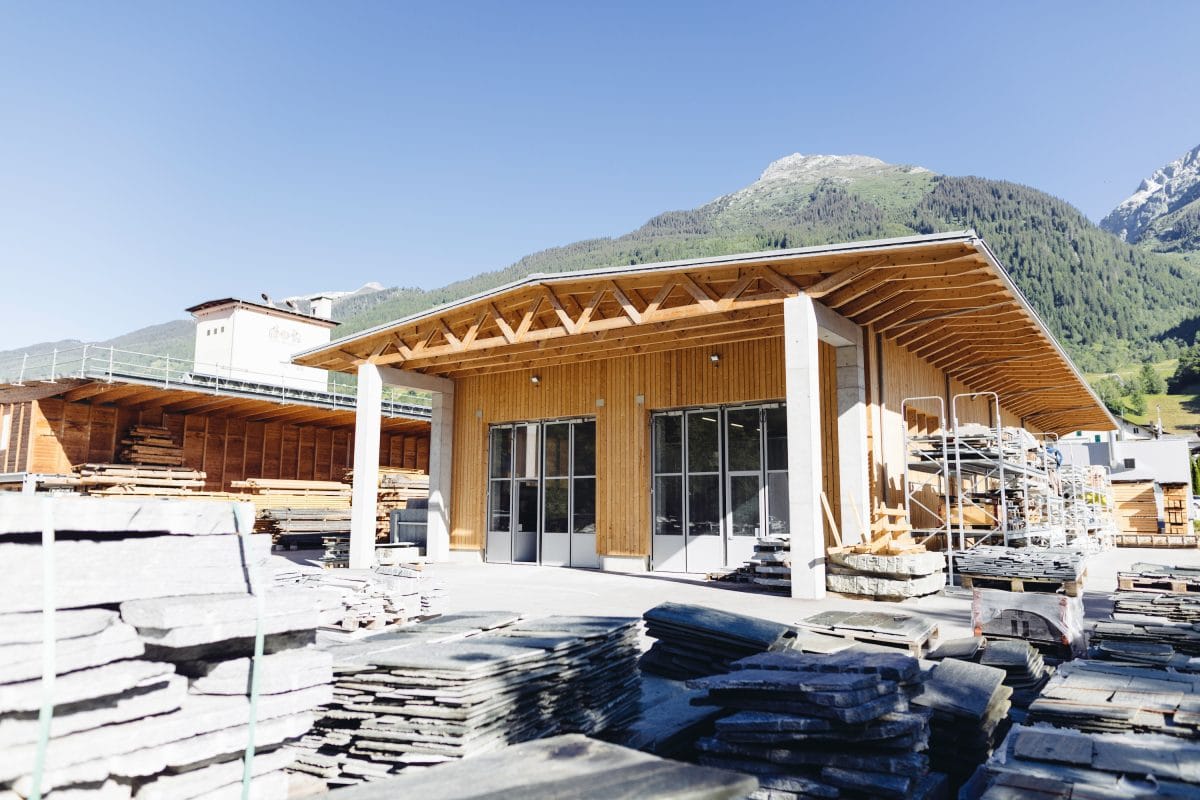 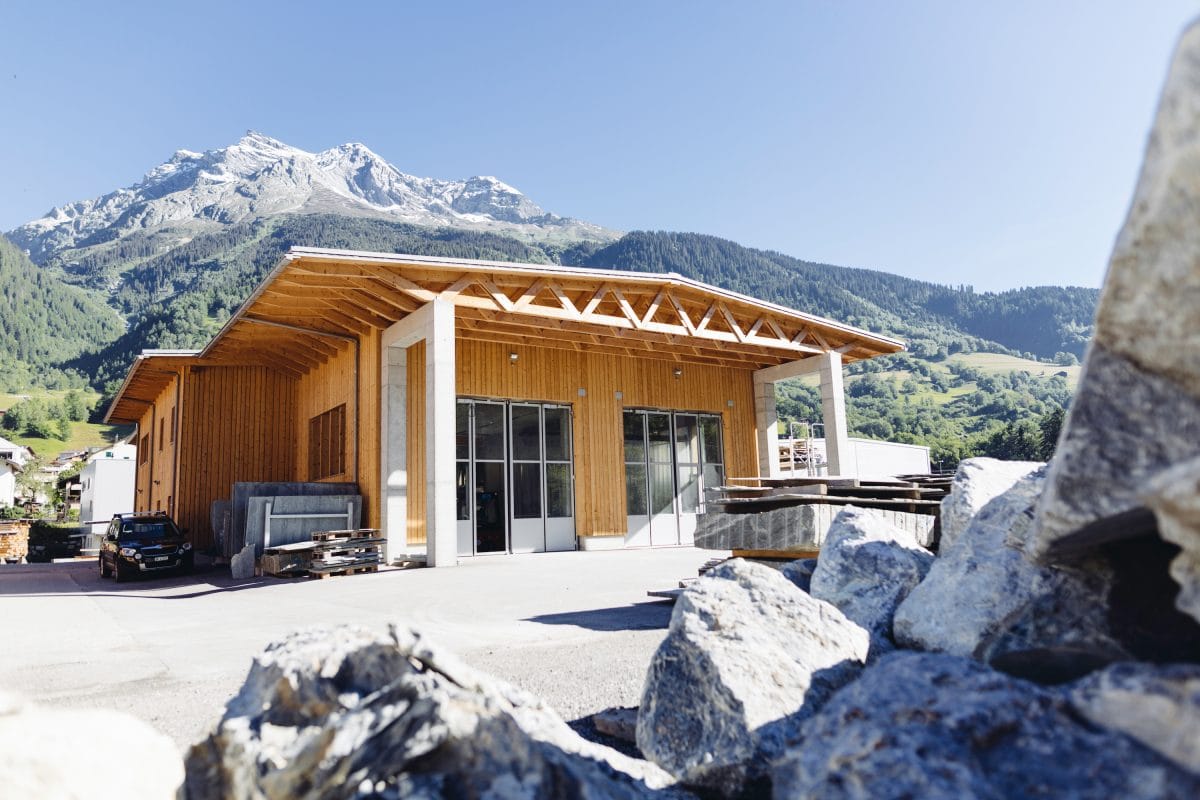